Canet begins the season on the podium with 2nd in #QatarGP, 7th for Navarro 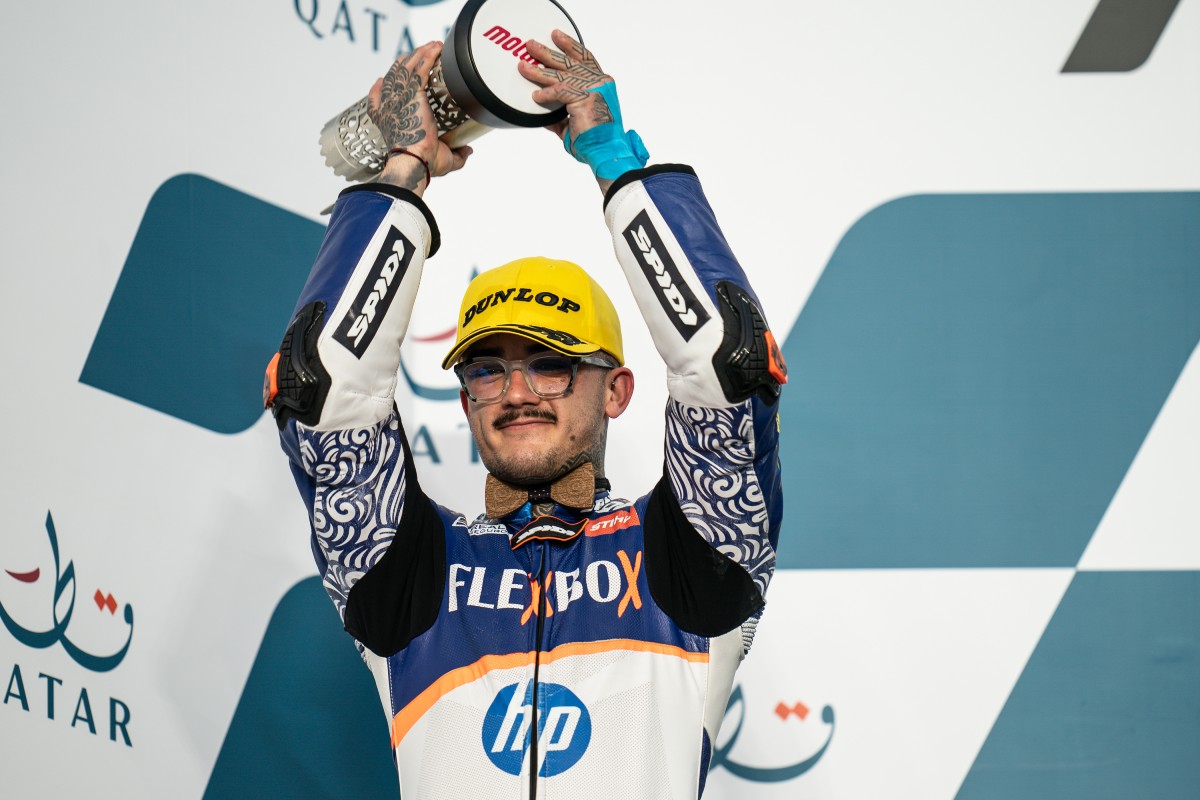 Good debut for the FlexBox HP 40 in Qatar with the two Spanish riders, Arón Canet and Jorge Navarro.

Canet, who has shown a good pace all weekend, has made a very good start and has placed himself in the front group. As the laps went by, the FlexBox HP 40 rider consolidated second place until he crossed the finish line. Very good debut for rider and team in the first race together, adding the first podium of the season.

Very good race also from Jorge Navarro. After getting injured in preseason, Navarro has made a weekend from less to more, improving his sensations on the Kalex and today in the race he has taken another step forward. He has finished seventh near the podium group and leaves Qatar with a lot of optimism and confidence for the next races.

I am very happy with today’s race and having achieved this second position. We made a very good start and quickly moved into second position. It was curious because throughout the race I thought that the group behind me was right behind me and I was 6 seconds behind. We’ve set a good pace and now it’s a matter of continuing like this in the rest of the races.

I am quite happy with how the weekend went and for finishing the first race of the season in a positive way with this seventh position. I started well and set a good pace, being close to the podium group. We take a lot of information and good feelings home to take that little step that we need in the next race.