Beautiful recovery in #ArgentinaGP for Bezzecchi in 9th, Marini 11th 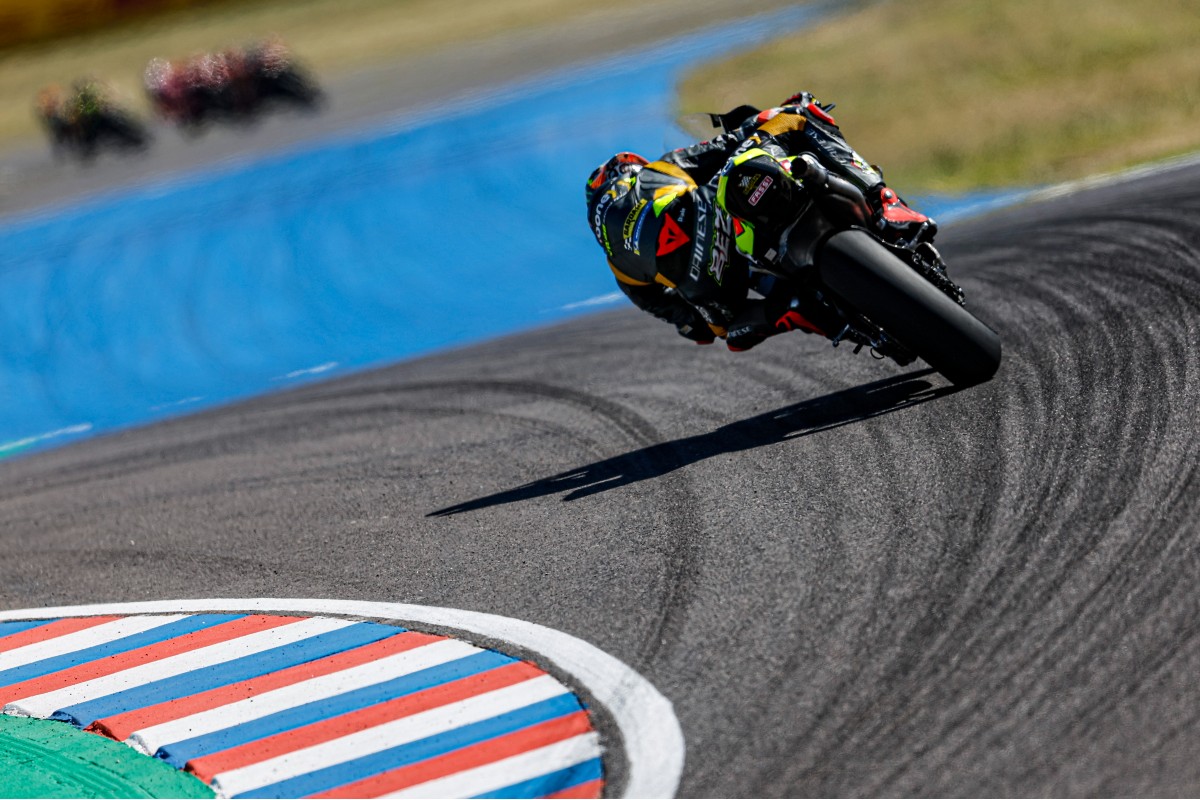 On the Ducati Desmosedici GP Marco Bezzecchi conquers the first world championship points (7 points) in the top class, ninth under the chequered flag and first among the rookies. Luca Marini was also close to the top 10 – finishing 11th and in the points for the third race in a row.

Starting from the P17 on the grid and in 20th position after the third lap, Marco finds an excellent pace in the second half of the race and closes in crescendo, protagonist of a beautiful comeback from the back of the group, thanks to a really impressive pace.

In the slipstream of the group also Luca Marini, who started from the third box of the first row, after an overall good start, he struggles to keep up the pace in the final laps and was forced to give up positions.

I’m happy, I didn’t expect such a race! A pity for the first corner, I went wide and lost a lot. Then I managed the tyre well, I did several overtakes and I was strong and consistent, the key of the weekend. Thanks to the whole team, they really gave everything in these days and then to Valentino and to the Academy.

I had a good start: from the first laps I had no rear grip, something I could already see in the data from yesterday and even today in the warm up in the pace. I gave my all to stay with the group, I was very strong at the beginning in braking, then with the drop in the tyre I struggled more. We were really strong in braking in the entry of the corner, we took care of this detail a lot while I was not 100% in the middle and in exit. I also lose a lot in acceleration, which is something to work on in Austin. Overall a positive weekend, we brought home the best possible result.