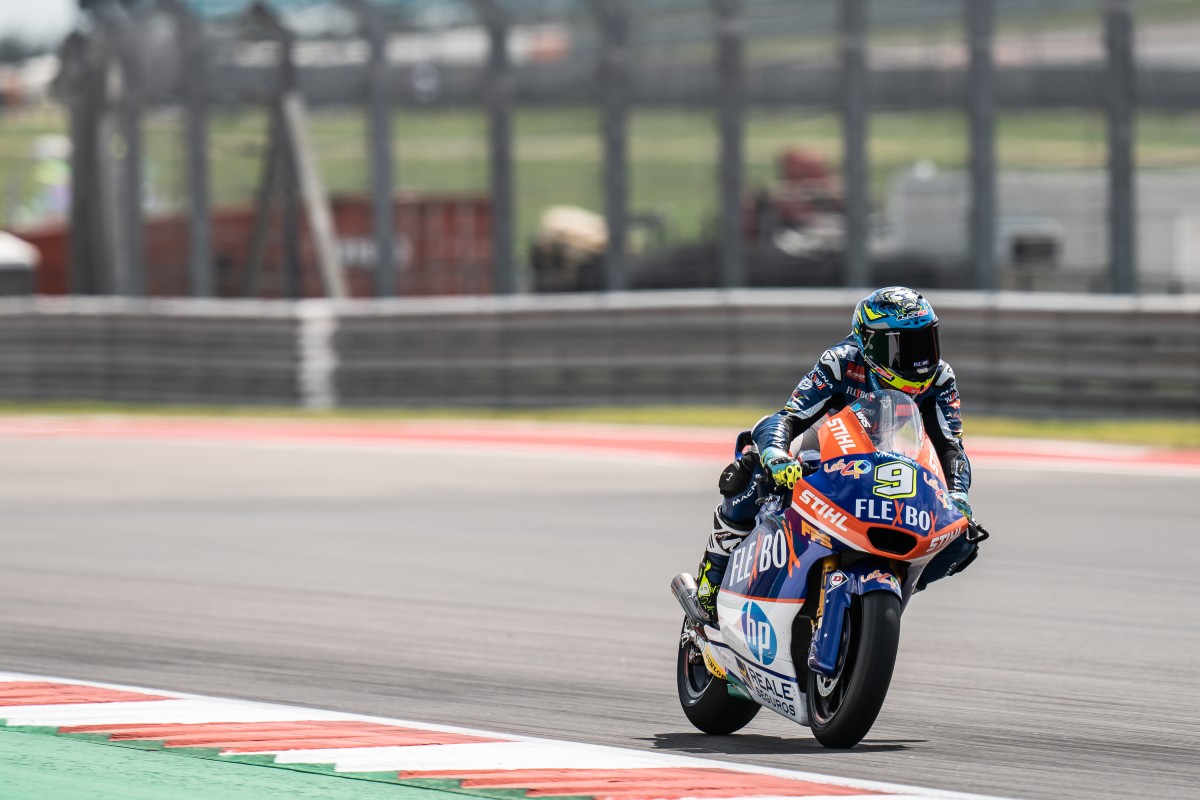 Heads and tails for the FlexBox HP 40 riders on race Sunday at the Grand Prix of the Americas.

Canet, who started from third position, made a very good start and quickly moved into first position. Little by little he was imposing his pace, opening a gap with the rest of his rivals, at which point he made a small mistake and crashed alone, with no chance of being able to resume the race. A pity since today Canet could have achieved the victory and leadership but the positive thing is the competitiveness shown by Sito Pons’ pupil throughout the weekend.

His teammate, Jorge Navarro, has had a better race. The Spanish rider started from seventh position. Since the start he has remained in the second group of the race, close to the podium positions, and a penalty – having to do a long lap – has limited his aspirations to achieve a better result. Despite this, Navarro has crossed the finish line in a very good fifth position and leaves America with 11 points in his locker.

I am happy with how the race went today and it was a shame to do the long lap, since I was very well placed. I felt very comfortable on the bike, gathering a lot of information and having clear points to improve for the race next race.

Today has been a disaster with the crash. Despite this, we must keep the positive of the weekend: we are competitive in all the circuits. Today I made a mistake when I was leading, enjoying myself, which is the most important thing, so that we will continue in the same line of work in the next race.