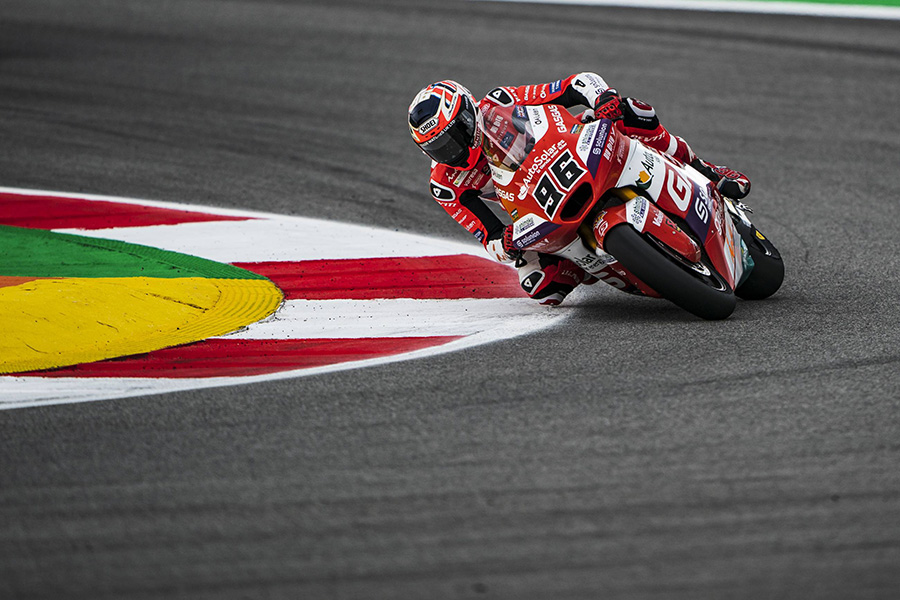 The rain has destroyed the hopes of the Autosolar GASGAS Aspar Team by causing the crashes of Albert Arenas, first, and Jake Dixon, later. Only fifteen riders have been able to finish a race that has had its key moment when almost a dozen riders have crashed in the same corner. Race direction has stopped the race, but all the riders who have crashed have not been able to resume it. Among them was Albert Arenas, who was riding in the top 10 up to that point.

In the second race, a seven-laps one, Jake Dixon occupied the first position on the grid as the riders in front of him before the red flag had crashed. However, impatience has led him to crash in the seventh corner, when the tyre was still cold. Dixon had the pace to fight for a new podium in Portugal, but he will have to postpone his goal until the Spanish Grand Prix, which will be held next Sunday. With these results, Jake Dixon is tenth in the World Championship and Albert Arenas is fourteenth.

Jake Dixon (DNF):
“Disappointing end to the weekend. I got a good start for the restart and my plan was to break away from the group because I knew I had the pace to do it. Unfortunately, I crashed into Turn 7. I was too impatient with a cold tyre. I want to apologise to the team because again I made an error and this is not helping me for the championship. I didn’t only throw away a win but also a podium. We’ll try and regroup now for Jerez.”

Albert Arenas (DNF):
“I don’t know what to say. It was crazy there and to make a race on slicks when it was raining each lap and to the point where is came down heavier and a big group of us crashed in corners 1, 2 and 3. It was really scary. I’m OK but disappointed. We worked well this weekend and we just have to think about Jerez now.”