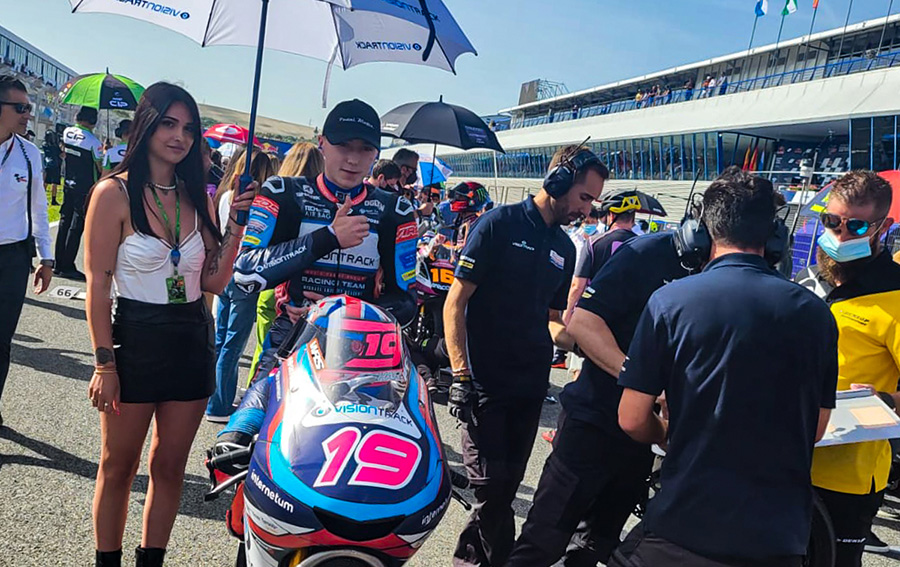 VisionTrack Racing Team enjoyed another successful weekend at the Spanish Grand Prix of Jerez. Unfortunately on Friday Josh Whatley suffered a crash that ruled him out of the race weekend, he will look to return at Le Mans in two weeks time.

Scott Ogden enjoyed much better fortune as he claimed his best qualifying position in the dry so far, starting in 9th position on the grid. In the first half of the race he lost some ground dropping to 15th position, he valiantly fought back through the field to take his best finish of the season so far in 12th place. Notably also finishing the race as the top Honda rider in the class.

Scott Ogden
“The race wasn’t quite what I wanted, I have to take the positives from it which was being the top Honda today. I’m really disappointed that I couldn’t finish higher, at the same time I pulled five seconds on some of the best riders in the world on the same bike. I’ve got to keep working and the team is doing a great job, we’ll try and improve for the next race.”

Josh Whatley
“I’m very disappointed not to have been able to race this weekend however it was the right decision to make and Le Mans is only two weeks away where I’ll be fully fit again. I’ll be able to restart where I left off in Portimao and continue with the positive steps forward we made the last time I rode.”