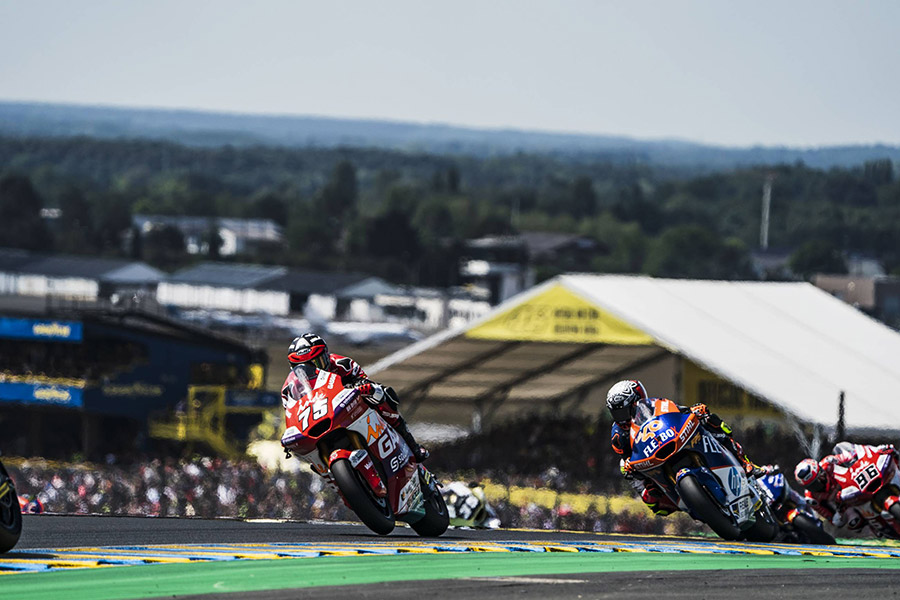 The Inde GASGAS Aspar riders started the race from the first and second rows of the grid, but they were unable to turn that good starting position into a positive result at the French Grand Prix. Arenas was fifth when he tried to overtake Alonso López, who was a bit wide on the line, but when closing the line, he ran into the Inde GASGAS Aspar rider and both went down. In the case of Jake Dixon, he was eighth after a start in which he lost several positions, and when he reached the final part of the track, on lap four, he entered the corner faster than usual and crashed.

The two have continued in the race to keep gathering information for the next GPs, but they have crossed the finish line outside the points. Augusto Fernández has taken his first victory of the season, ahead of Aron Canet and Somkiat Chantra. Celestino Vietti continues to lead the general standings with an advantage of 16 points over Ai Ogura and 19 over Canet. Jake Dixon is twelfth, with 32 points, and Albert Arenas fifteenth, with 29.

19th Albert Arenas (+1 lap):
“It was a really fast race and we were doing well. I saw Alonso go in faster so I went to the inside and he just cut back and I don’t know whether he saw me or not. We touched and we were both down. This is a part of racing and a real shame because we worked well and could have fought for the podium today.”

21st Jake Dixon (+2 laps):
“Another difficult day. My mistake; I just entered the corner too fast. I’m not riding like I know and I’m making errors. Once I get back on, and the bike is all bent, I’m still able to make the pace like the leaders. I’m going to try so hard now between here and Mugello to feel less nervous on track and in those race situations. If I can work on my first part of the race then I can build-up towards the front again.”