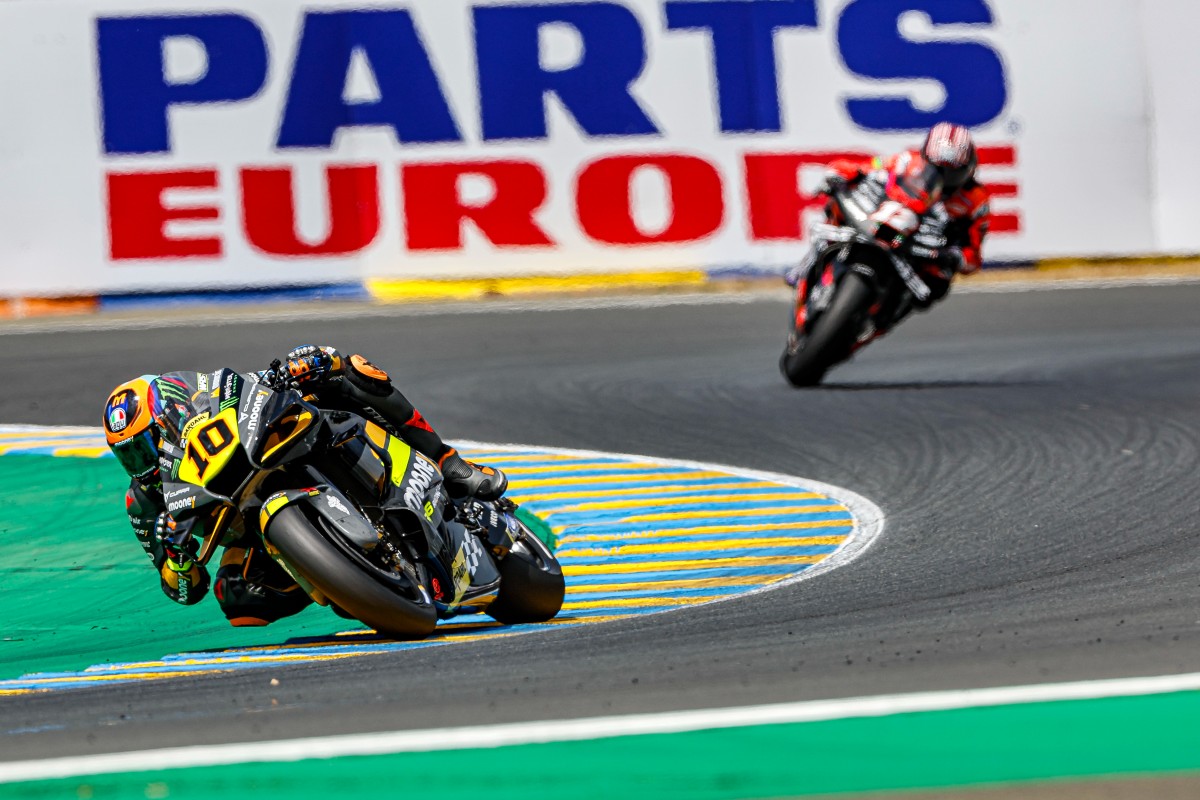 Luca Marini hit the P9 at the French GP today at the historic Bugatti circuit in Le Mans. The rider of the Mooney VR46 Racing Team returned to the points area together with his teammate Marco Bezzecchi, 12th.

Starting from the fifth row in P15 on the Ducati DesmosediciGP, Luca immediately kept the contact with the group fighting for the top 10 and was ninth under the chequered flag. With today’s points he is 16th in the overall standings (21 points), always at the finishing line so far during this season.

I am happy with the race and satisfied with what we did over the weekend. I was starting from the back of the group and I wanted to put the soft in front to be able to recover as many positions as possible in the first laps. On the grid then I opted, also to start at the same level of the other riders, for the medium. It was not an easy race, alone I was able to keep up a pace of 32.4/32.5 while in the slipstream I have struggled and couldn’t overtake. I lost ground in the first laps and also in the final stages, but surely we close the GP with a positive sign for facing the next races in the best possible way and fix the last aspects that we lack to stay with the strongest riders.

A good race, especially the final part. I managed to keep a very good pace, similar to the riders in front of me. At the start, unfortunately, I still pay for a bit of experience, I didn’t immediately have the feeling I would like and then I always find myself having to recover positions. The team is working very well, Ducati and the Academy are also supporting us in the best possible way. We continue like this for a step forward in qualifying in order to be able to face the early stages of the race in the future.