Double DNF for Bastianini and Di Giannantonio at #CatalanGP 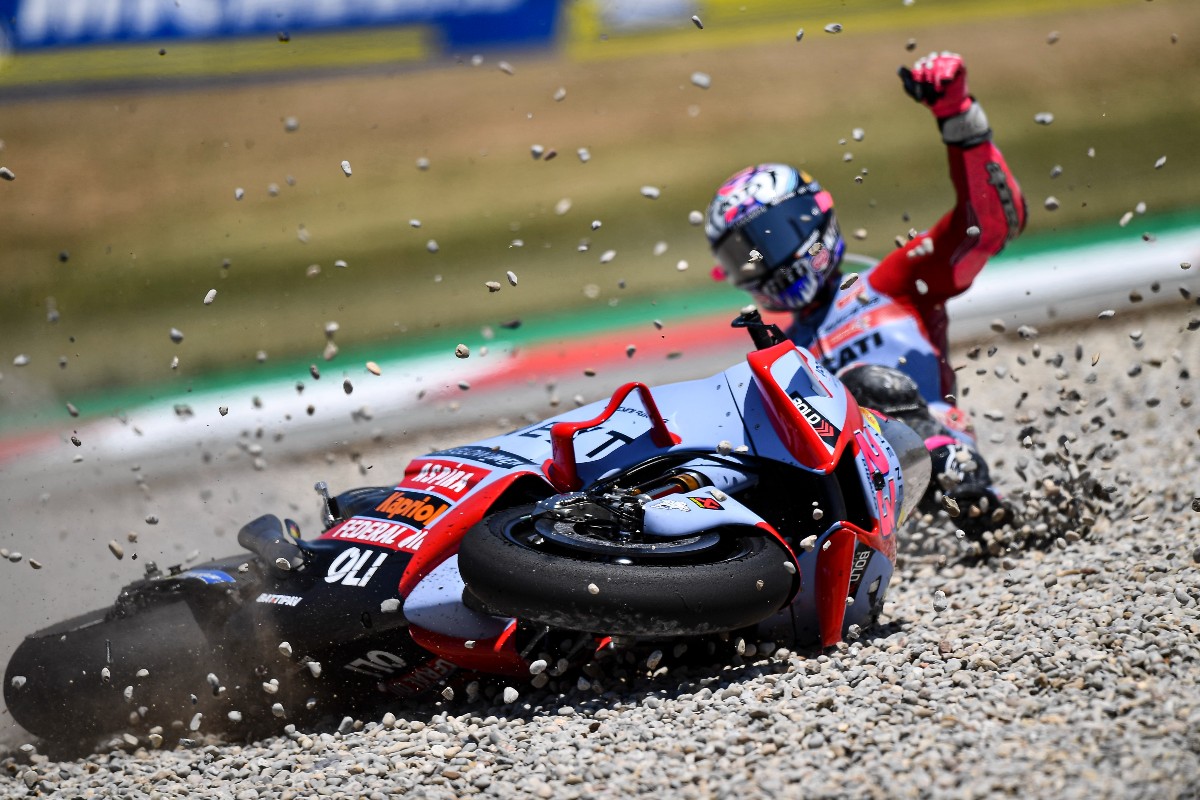 The Grand Prix of Catalunya only lasted eight laps for Enea Bastianini and Fabio Di Giannantonio, both unable to shine in the heat of Montmeló. In a matter of few seconds, first Enea Bastianini (#23) and then Fabio Di Giananntonio (#49) saw an early end to their round eight performance as they crashed unhurt at turns 5 and 13, respectively.

Bestia, who had a strong start to the encounter, was aggressively pursuing the front position before crashing while battling against Viñales for sixth place: a real shame as the podium was only few milliseconds away at the time. The only positive note is that Bastianini is still third in the championship standings, although with a significantly increased gap to the top and to second place.

Today’s race could have been a key one for Diggia, with the top ten (his target for the day) that was a realistic goal for the Italian – especially after yesterday’s brilliant qualifying. Tomorrow’s second official test of the season will be crucial to find back the feeling that was lost today.

I didn’t do anything unusual… I entered the corner the same way as the lap before but unfortunately the front-end didn’t hold. I wanted to do a decent race without overdoing it, but it didn’t happen. I have no explanation at the moment. Ironically enough I was really quick in that part of the track and we were doing a good race. We were right there, and even sixth or seventh would have been an important result.

Unfortunately there was a lot of wind at the entrance of turn 13… I entered the corner the same way as in previous laps but the front tucked and I couldn’t save it. A pity because we got a good start, I was managing the race well and I knew I had a good pace: that mistake was the last thing we needed. Let’s focus on the test now: there’ll be a lot of work to set-up wise.