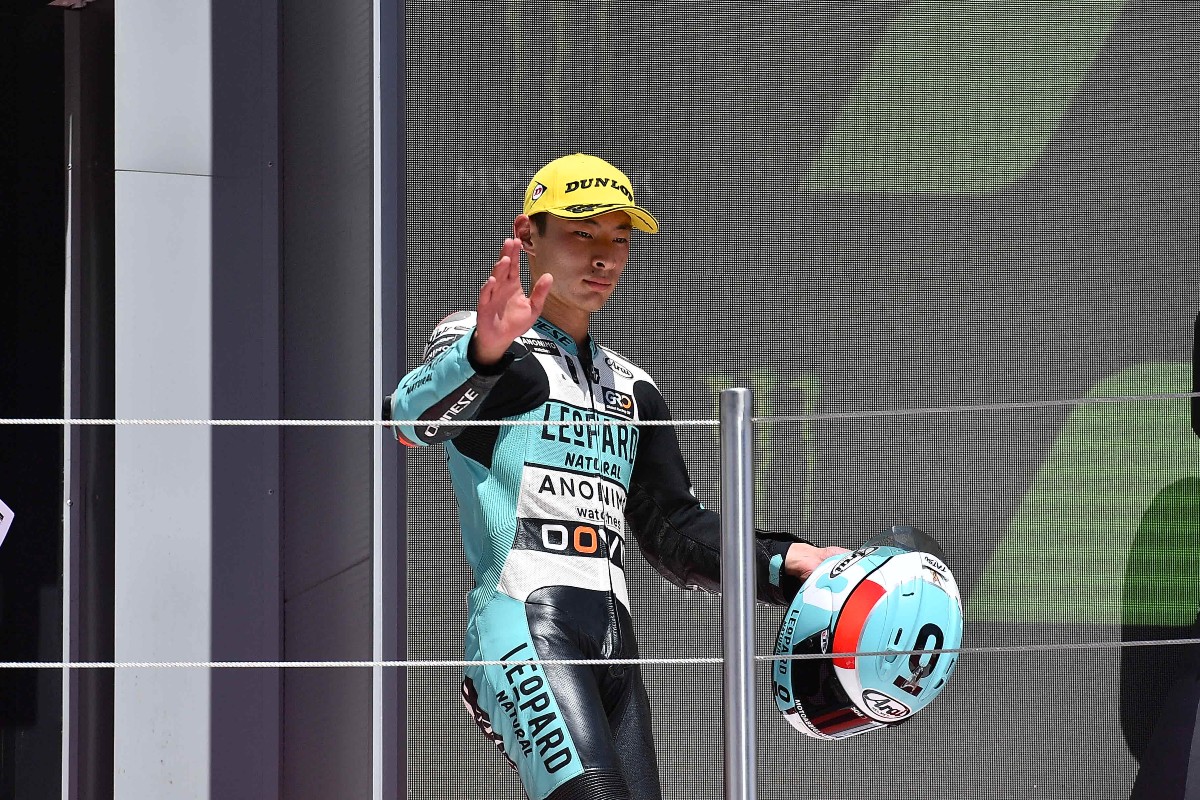 Another podium for the Le0pard Racing! Japanese Tatsuki Suzuki has taken the third step in Barcelona, following the one he took in Mugello last week. However, it’s been a bittersweet Sunday at the blue box.

This morning, Dennis Foggia ended up the second of the warm up session. The Italian was doing a tremendous weekend and all bets for the victory were on him. Teammate Suzuki classified 11th.

At race time, both Foggia and Suzuki did a great start and placed themselves immediately in front. The two Le0pards were fighting lap by lap against rivals and it seemed they were the favourite for the rostrum results. 14 laps to the end, the #7 suffered a problem with the chain sprocket and had to retire. At that moment, he was fighting for the victory.

Tatsuki Suzuki, who also occupied the lead of the race at some stages, fought until the end and crossed the line 3rd. Well done, Tatsu!

Today I could have won. I had a great pace, I felt good and strong, and it could have been my first victory with Le0pard. In any case, another podium is a good result. Many thanks to my team and to everybody supporting me.

I have no words to describe how I am feeling right now. We had it all to take the victory or a step of the podium, and when trying to overtake my rivals, I felt something strange, and I realized I had a problem with the chain sprocket. Let’s forget the last two races, we’ll try again in Sachsenring.