Highside for Scott Ogden and retirement for Josh Whatley at Sachsenring 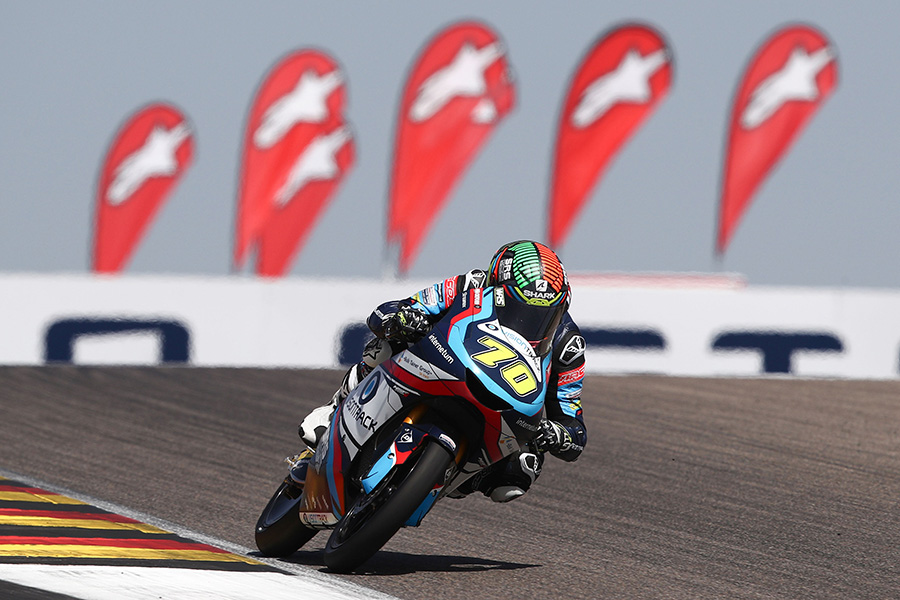 The VisionTrack Racing team were met with blisteringly hot conditions at the Sachsenring Circuit in Germany as temperatures soared to 37 degrees.

Saturday morning proved to be one of the best sessions for the team so far as Scott Ogden posted the 4th fastest time of the weekend to take him directly through to Q2. Josh Whatley also made good progress at an unfamiliar track to him, he ended the free practice sessions just 1.1 seconds behind first place.

Scott continued the good form in qualifying to claim tenth position on the grid, Josh didn’t manage to get a complete clear lap and crashed after getting caught up in a group. This would ultimately mean he couldn’t finish the race on Sunday due to injuries sustained in the crash.

Scott was hanging on to the leading pack after the first few laps of the race and looked to have the pace to comfortably finish inside the top ten but it wasn’t to be this weekend. After two riders came together in front of him he closed the throttle causing him to have a 5th gear highside. Miraculously, after landing flat on his back at over 100mph, he came away from the crash with no serious injuries.

Scott Ogden
“It’s a tough pill to swallow to not be able to finish the race after a such a positive weekend leading up to it. I’ll be back at it again in Assen next week which is one of my favourite tracks.”

Josh Whatley
“It’s a difficult end to what looked like a promising weekend. I was feeling quite beat up after the crash in QP and retired as I couldn’t hold on to the bike as I was in quite a bit of pain. Thanks to the team for giving me an awesome bike all weekend and for still believing in me!”